Remember you are not alone - domestic abuse can happen to anyone no matter your age, race, class, culture, disability, gender, sexuality or lifestyle.

Business woman and TV producer, Caroline Roberts-Cherry brings with her a vast wealth of expertise that, as a working mum from Manchester, she wants to use to enrich the Pankhurst Trust; to continue to develop the work that it does through Manchester Women’s Aid to support women and families across the city region and to inspire the world through the Pankhurst Centre with the powerful legacy of the suffragette movement.

Caroline is Managing Director of Saffron Cherry Productions, a multi award winning tv and film production company, which she established following a career at the BBC where she held roles in commissioning, management, diversity and production. She is an Ambassador for Smart Works Manchester and  a trustee of the Liverpool Everyman & Playhouse Theatres and is a former trustee of the Royal Exchange Theatre, Manchester. She has previously chaired Cultural Diversity Network North and Greater Manchester Employer Coalition.

As the birthplace of the suffragette movement and a city that has always been a hotbed of ideas led by its progressive spirit, Caroline is driven by a hope that her home region of Greater Manchester can be the place where women have the best opportunity to achieve their potential.

Caroline Roberts-Cherry, Chair of the Pankhurst Trust, says, “We want to play our part in making Greater Manchester a safer, kinder and more equal city for women and girls, recognising that we first have to address the fact that the pandemic we have been living through has disproportionately affected women.  We want to get back to normal, but to aim for this normal to be better.”

In her role in TV production, Caroline has already created a legacy for the Pankhurst Trust, through the creation of the documentary Emmeline Pankhurst: The Making of a Militant presented by actress and writer, Sally Lindsay for the BBC as part of the activities to mark the centenary of the first women achieving the vote in 2018.  This has since been used as a learning resource as part of Key Stage 3 History and a DVD of the film was distributed to all GM secondary schools via Mayor Andy Burnham’s office.

Caroline says, “I’m inspired to come from a city that is proud of its radical history and has a legacy of strong women.  The Pankhurst Centre is at the heart of this and gives us a very real opportunity to use this to encourage the changemakers of the future and to aim to achieve the equality for women and girls that I believe makes society a better place for everyone.  To reflect the pride we have for this heritage, and its place in the global story of the fight for equality, we also want to see this building conserved and restored in the future, a campaign that I am honoured to lead.”

Gail Heath, CEO of the Pankhurst Trust, says, “What we have achieved over the last six years with Louise Sutherland at the helm has been incredible, the Trust was a fledgling organisation and she helped us to fly.  We now warmly welcome Caroline to the Pankhurst Trust, and are very excited about the next part of the journey.  It’s one that begins with great challenges as we emerge from the Covid-19 crisis, but is also a pivotal moment for the Pankhurst Centre with our new permanent exhibition set to completely reimagine the visitor experience and the role that we have to play as an organisation. 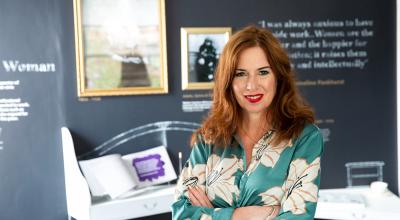 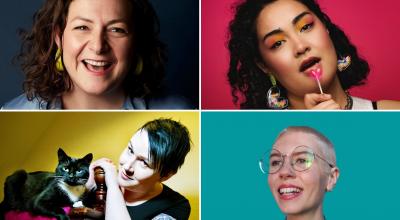 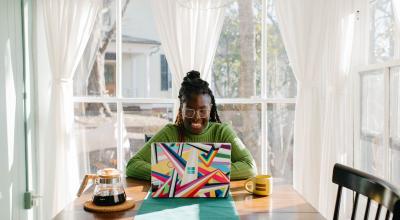 Manchester Women’s Aid is still operational and working together remotely to provide confidential advice, information and support for victims of domestic abuse. Isolation may increase your risk and we